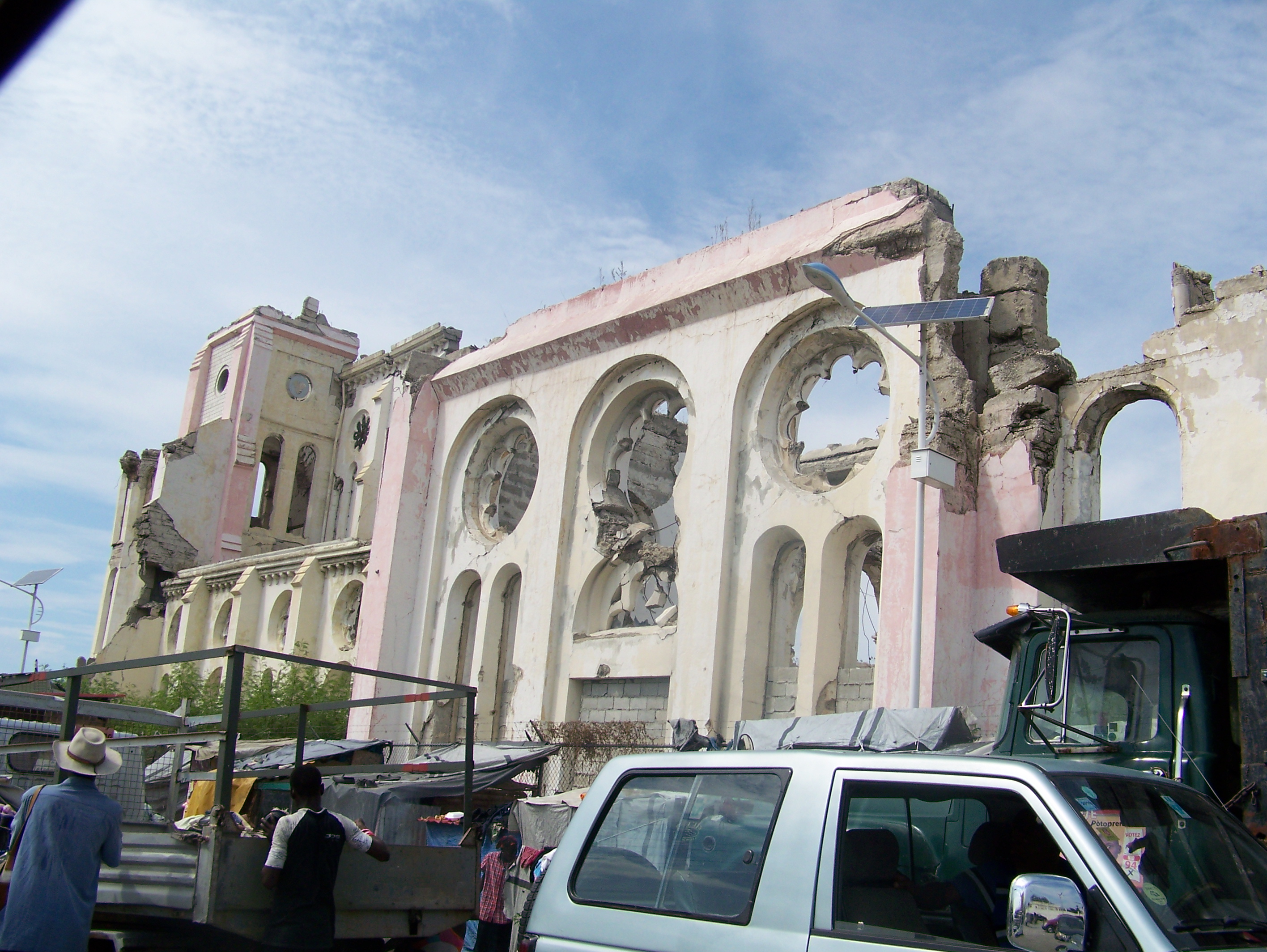 Part 4 – La Gonâve, Haiti – A Vision of Regeneration for a Degraded Land and Impoverished People

When the earthquake hit in 2010, it was catastrophic in Haiti’s capital of Port-au-Prince. The 7.0 was nominal by Chile standards, but Haiti simply had neither the building practices to withstand it nor the infrastructure to deal with the consequences.

I met one man, Bourdeau Metelus, who had survived the quake. He had been caught inside, buried in rubble with his leg crushed. He confided that he thought he would die. But his wife found him and was able to get help. He’ll always walk with a limp, but he gets along well. He’s a quiet man with a gentle disposition and is enjoyable to be around.

Jean Rony on the left with Bourdeau on the right
The greater injury for him that day was to his heart. They lost a beloved son, something no parent should ever suffer. Understandably, he began to weep as he shared his story. Bourdeau is a trustworthy man who drives a nicer taxi, in case you ever need a ride in the Port-au-prince area.