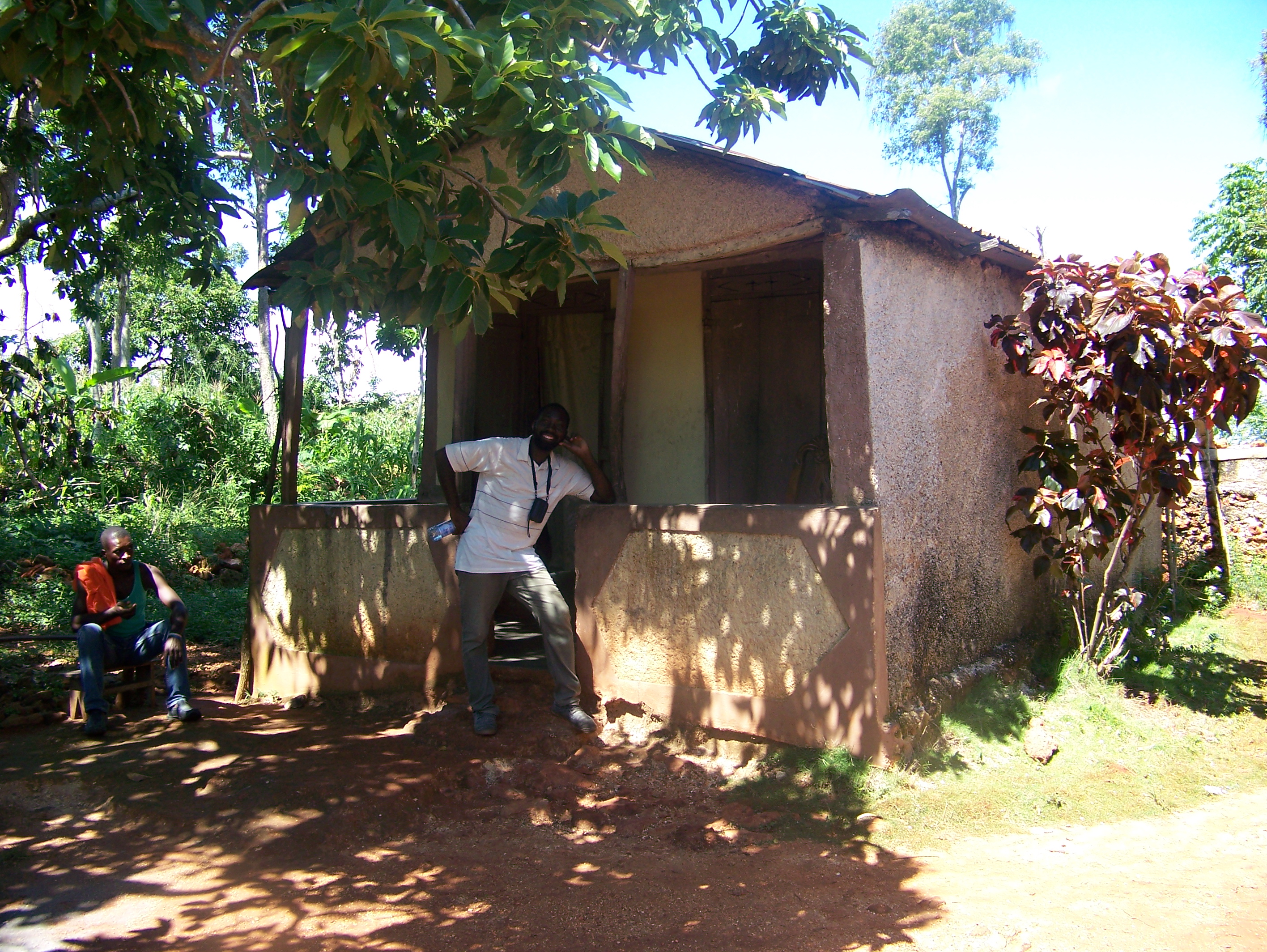 Part 2 – La Gonâve, Haiti – A Vision of Regeneration for a Degraded Land and Impoverished People

Jean Rony Toussaint grew up on Chien Content (Happy Dog). You can see him here at his childhood home, where his parents still live.

We met his father (Dezil Toussaint) working out in the field as we walked across Happy Dog. Before us stood a man bent from decades of working the land and full of smiles with what few teeth have stood the test of time. When I asked Jean Rony how old his father was, he turned and asked. His father responded that he really wasn’t sure, but maybe 100 years.

Jean Rony beams when he talks about his mother (Lormicia Destin). If you ever get to meet her you’ll see why. I think she had more energy than the two of us put together, and was one of those people that just seems to overflow with joy.

His family owns a decent sized piece of land on the top of Happy Dog, though probably less than 50 hectares. Attempting to figure out where property lines are is quite a challenge, as you can imagine. The thing is, I don’t think they really care that much. They plant where they want to and eat off the land.

For the first time in my life, I was treated to some fresh coconut, a welcome treat in the tropical afternoon. While I love the smell of coconut, I’ve never really been a fan of eating it. The texture just isn’t for me. And I’d never had fresh coconut water, so didn’t know what to expect. The flavor was good, though not something I’d rave about. But it was very refreshing.

It was the texture and flavor of the flesh of the coconut that surprised me. Rather than fibery like we get from stores, it was almost like a firm jello. The flavor was mild and pleasant, but the texture was really quite delightful.

After a refreshing break for body and mind, we hiked around to survey some of the land Jean Rony had grown up on. The particular area we walked had been cleared many years before, now being taken over by guava (psidium guajava) that was growing rather thickly. Not all guava is created equal…