Is it Worse Because it Happens Here?

In the context of being an American within U.S. borders, there are supposedly certain inalienable rights protected by the Constitution. I say “supposedly” because there is a growing tendency among law enforcement, the police in particular, to enforce policy regardless of whether any such laws or broken or not.

Recent tragedies tend to enflame this sort of thing. But it’s also during times such as these, when people are feeling most vulnerable, helpless and angered, that our liberties are most easily stripped. And the myopia of Americans is one of the most incredible examples of self-centered elitism in the world today.

How many people were killed by American troops on foreign shores on the day of the Boston Marathon? How many died tragically by thugs in the Central African Republic? At least half of those who read this probably have no clue where that is. The media certainly won’t cover the fact that Muslims are systematically wiping out the Christians in this small country. As one missionary in Africa recently put it,

“The CAR could be the next Somolia. A ragtag and disparate band of splinter rebel groups – now the SELEKA coalition – kicked out the government last month. They are all fighting under the banner of Islam and only submit to their own respective warlords, so it’s a recipe for carnage. The UN is completely emasculated, the French as former colonial power don’t have the political will and are already caught up in Mali, so this largely Christian country is being destroyed. The very limited international new coverage – you have to really search it out – plays down the religious dynamic as you’d expect in the name of political correctness.”

“The capital city, indeed the whole country, is now lawless. Rape, murder, pillage is happening as you read this. Look at this sample of horrific pictures and weep with them.”

Is what happened in Boston worse than this? Are our lives more valuable than theirs? 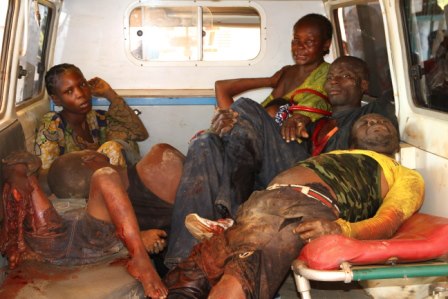 Is the life of the boy killed in Boston more valuable than this boy’s? Is an American parent’s grief deeper than a Pakistani’s, Afghani’s or African’s? 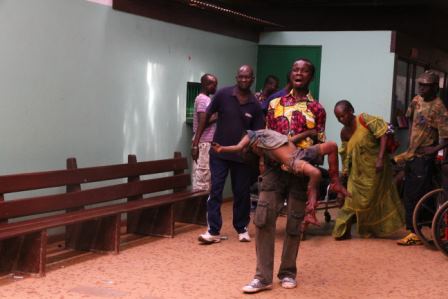 I don’t want to downplay what happened in Boston. The pain, grief and tragedy are all very real and truly heart breaking. But, the simple fact is, America is not the center of the universe. We’re not even the center of the world, though many would recoil at such a thought. But the media plays up America with its ongoing brainwashing, failing to point out the fact that our own tax dollars fund aggression against other sovereign nations; aggression in which hundreds of innocents are wiped out, families are ripped apart, lives are destroyed – all in the name of justice.

These kinds of tragedies often make our troubles seem trite and insignificant in comparison. Most of us don’t even want to think about it. But we must. And we must watch carefully as the ruling elite on our shores continue their effort to enforce government policy over constitutional rights.

Having said that, it’s not really that the “people” can do anything about it. We can inform one another and do all we can to move to areas where freedom is less threatened. Just being aware of a huge part of the battle.

But, now what? I’m still working on the answer to that question for me personally. My effort is to develop a portable income through my writing, consulting and other efforts. The idea is that, if one can free themselves from being bound physically in order to make a living, then they are less enslaved to the tyrannies of the local rulers.

Ultimately, however, and as these precious brothers and sisters in CAR are experiencing, our peace and freedom must come from God. Without such, all appeal falls on the ears of fallen men, many of whom would just as gladly take all you own rather than care one bit about your freedom. But with God, who provides ultimate freedom, peace that defies the understanding of the world and joy unspeakable, all that matters most is sealed and protect for eternity. It’s a sure as God is. Can it get any better than that?