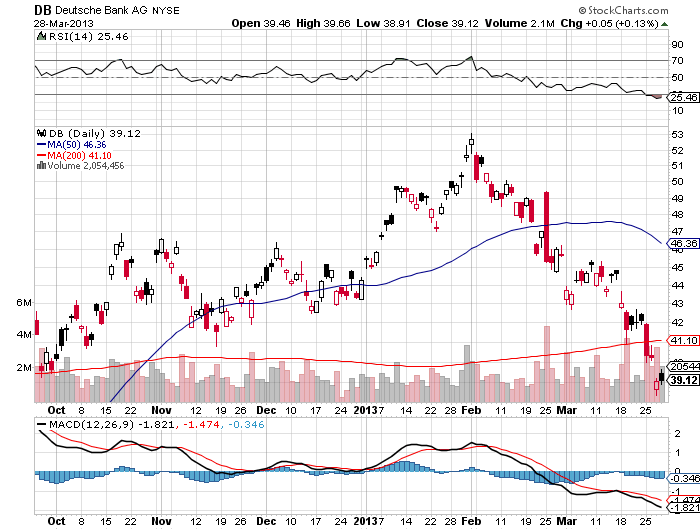 I received an interesting question from a dear friend today. He’s a doctor in the US approaching the end of his rope with all the new laws, regulations, taxations and challenges of Obamacare. As the hype is rolled out on Cyprus, he, like most of us, doesn’t really know what to think. Here’s his question:

So with all of the non stop hoopla about Cyprus the past couple of weeks, were there bank runs or did the media blow that out of proportion as they almost always do?  Separate issue from the precedent this action created.

There’s a lot to consider with this debacle, and I honestly am not sure how to take it. My response follows. Remember, this is one man’s opinion. Hopefully it’ll help readers think through the possible ramifications and consider what the most prudent options may be.

Consider that governments are known for shocking the people with something so outlandish that a fraction of it all of a sudden seems acceptable, even though prior to the original announcement nobody would have given an inch. Suppose you are currently paying 10% taxes. If the tax man says he’s taking 50%, you’re suddenly relieved when it’s reduced to 25%. It’s one of the oldest tricks in the chronicles of Draconia, but also still works like a charm.

Is that what’s going on? I really wish I knew. But destroying the credibility of a country well known for banking safety isn’t trivial. The repercussions are fairly massive, in many ways.

The bigger picture is central banks in general. Was this an experiment? Was it an effort to numb people down? We’ll probably know in a few years, but then it’ll be too late.

How will other EU people react? If I was in the EU and had more than a few hundred grand in the bank, I’d be in the process of moving it from EU banks and into jurisdictions where I had more confidence. More than likely I’d be spreading it among different jurisdictions around the world, and attempting to tie it up in assets that are less traceable and more difficult to tax – like real estate, for instance. There are ways to invest in precious metals without a trail as well.

To be clear, I’m not advocating anything illegal. There are a lot of legal ways to go about these things, including, if you have a mind to, leaving the country. It’s something we’ve discussed over the past couple of years, and have even taken some steps to make that more possible. More on that at a later date…

Will this affect EU banks? It already has. And I’d expect more, especially since it’s the more sophisticated investor that’s going to be the most concerned. We’ll see. It could end up being rather dramatic, when nobody’s really watching for it.

If you think this isn’t affecting the banks yet, here are a couple of very serious considerations. Societe Generale is France’s second largest bank. 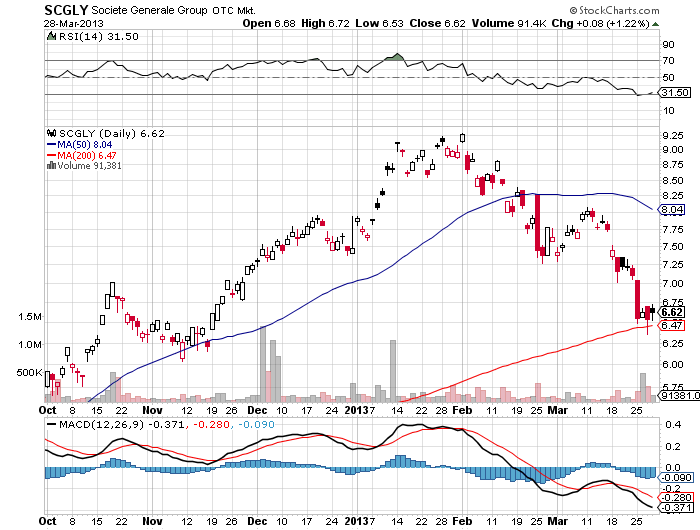 And here’s the darling of the banking world, Deutsche Bank. Is this a stock you want to own? Is this a reflection of a solid European banking sector?

But what about this side of the pond? Will this affect FED banks? Same answer as above, though maybe a bit less so. Morgan Stanley and Goldman Sachs have the most European exposure, by a long shot, and have felt some of the pain. Obviously, both of these have rebounded from last summer’s lows. But remember, those lows were off off much higher 2010 prices. 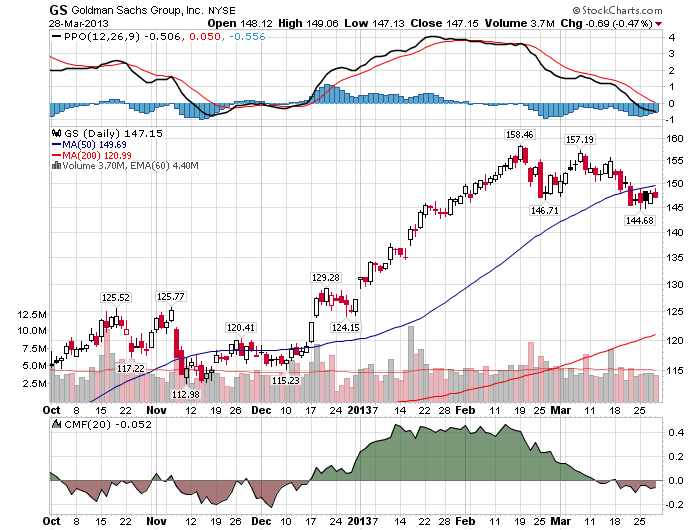 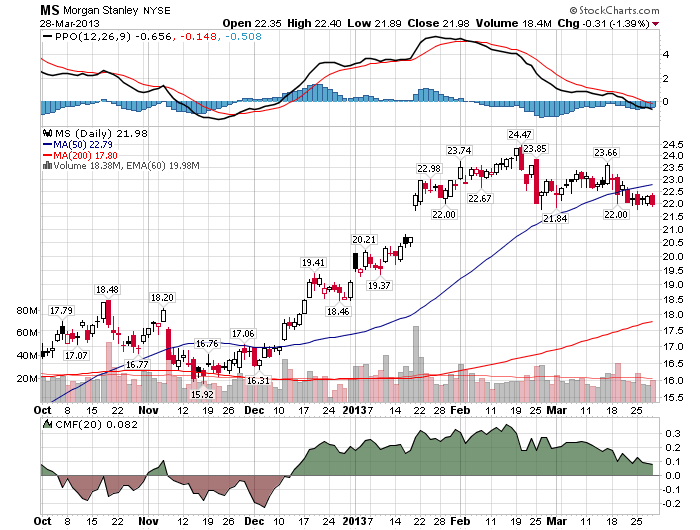 People still are under the delusion that this can’t happen here. Yet we already know that the US tax man has had his eyes on 401k and pension accounts for a long time. One of the methods proposed to “tax” them is to require a certain percentage of them to be in T bills or other US “investments.” There’s little, if any, upside, and massive exposure to inflation. It really amounts to an inflation tax imposed on retirement holdings.

I don’t have all that much, so it’s kinda moot for me. But if I did I would be seriously considering how to internationally diversify now, rather than waiting to see what’s next. Offshore trusts, LLCs, etc., are all viable options. And, like I said before, real estate.

Am I paranoid? No, I really don’t think so. The government’s already tipped its hand. There really are no sacred cows in the US any longer. And the rich are being vilified from several fronts. I consider this simply prudent, at this point. Perhaps some, like Buffet and Gates, have enough to act like it’s the patriotic thing to do to just pay the extra taxes to help the country that’s helped them grow wealth. However, they make the mistake of equating the government with the country.

The country is the people. The best way to help the people is to keep the funds yourself so that you can create jobs through your investments, building a company or even just spending it and enjoying it. Every time you go out to eat your supporting the employees of that establishment. If the government gets the same amount, by the time it actually gets anywhere it’s been diminished drastically. Then, of course, they don’t know how to spend it responsibly anyway.

No matter what, if you get to use your own cash the way you want, instead of passing it off to the statist Juggernaut, you’re helping someone, somewhere. This is a very important point to consider when you make your plans. It’s not a matter of whether you have enough, though that’s nice too. It’s a matter of how much of it you retain control over, and what you do with it that ultimately matters.

On a more serious and encouraging note, this weekend we celebrate the resurrection of Jesus, signifying His conquering of sin and death on our behalf. Pondering this helps keep things in perspective. May your weekend be filled with a time of rich blessings as you remember, and build new memories, with family and friends.

Addendum: Well, as I was sending this out an announcement was made that Cyprus may actually be much worse than thought. And the idea of leaving one’s savings in any EU bank seems ludicrous, at best. I tempered my above reflections with more of an open mind than I now have, in light of tonight’s news. I’ll just leave a couple of quotes here for you to ponder. This really is much more than I thought could happen at this stage in the game. And, in light of it, I’d encourage readers to go back and read the third paragraph of today’s entry.

Under an arrangement expected to be announced on Saturday, depositors in Bank of Cyprus will receive shares in the lender worth 37.5pc of any savings over €100,000, while the rest may never be paid back, according to Reuters, citing a source with direct knowledge of the terms.

Of the 62.5pc of uninsured deposits not converted to bank shares, about 40pc will continue to accrue interest but will not be repaid unless the bank does well, while the final 22.5pc will cease to attract interest, the source told Reuters…

Meanwhile, account holders in Laiki Bank, the country’s second largest, stand to lose up to 80pc of their money as the lender is wound down and insured deposits transferred to Bank of Cyprus…

Amid a debate in Cyprus about a possible exit from the euro and a return to the Cypriot pound, the president said: “We have no intention of leaving the euro. In no way will we experiment with the future of our country.”

The Central Bank of Cyprus later announced that there would be no limits on debit and credit card transactions or money transfers made inside the country, adding it will attempt to “refine or relax” its set of strict capital controls on a daily basis.

Overseas transactions would still be limited to €5,000, however, and daily cash withdrawals are capped at €300.

The government initially said the capital controls would stay in place for seven days, but Ioannis Kasoulides, the foreign minister, said on Thursday they could last “about a month”.

Quotes are from The Telegraph’s Nick Squires.

Pray for Cypriots caught in the central banking crossfire. This is not just a little pain…